We are very pleased to announce the music program details for our forthcoming 2022 Cabaret Dinner Concert. This will be an evening of inspiring music, celebration, favorite hits, and sounds of the sixties!

The 1960s began with soul music topping the charts and the last part of the decade saw soul singer-songwriters like Marvin Gaye invent album-oriented soul, and James Brown and his ever-evolving backing band invent funk!

Join us for a very unique music event as we settle into
"Feeling Groovy to the Sounds of the Sixties!

Through the '60s, '70s and '80s, Burt Bacharach was responsible for hit after hit after hit. The whole world, it seems, was singing or humming his tunes.

Simon was responsible for writing nearly all of the pair's songs, including three that reached number one on the U.S. singles charts: "The Sounds of Silence, Mrs. Robinson, and Bridge Over Troubled Water." 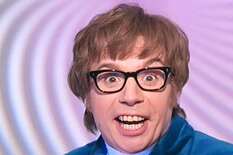 In 1967, British spy Austin Powers thwarts an assassination attempt by his nemesis Dr. Evil in a London nightclub. Dr. Evil escapes in a space rocket and cryogenically freezes himself. Powers volunteers to be placed into cryostasis in case Dr. Evil returns in the future. 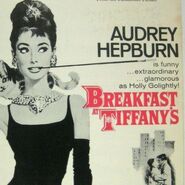 "Moon River" was originally performed by Audrey Hepburn in the 1961 movie Breakfast at Tiffany's, winning an Academy Award for Best Original Song. The song also won the 1962 Grammy Awards for Record of the Year and Song of the Year.

The Pink Panther Theme was written by composer Henry Mancini, for the 1963 film The Pink Panther. A jazz instrumental piece, it was nominated for the 1964 Academy Award for Best Original Score. The song was also issued as a single in the U.S. in 1964 and won three Grammy Awards. 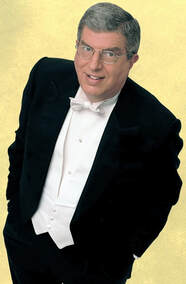 Marvin Hamlisch is an American composer and conductor. Hamlisch was one of only fifteen people to win Emmy, Grammy, Oscar and Tony awards. This collection of all four is referred to as an "EGOT". He is one of only two people (along with composer Richard Rodgers) to have won those four prizes and a Pulitzer Prize.

"Sunshine, Lollipops and Rainbows" is a popular song sung by Lesley Gore. It was originally released on Gore's 1963 album Lesley Gore Sings of Mixed-Up Hearts. The song, composed by Marvin Hamlisch, was released as a single in conjunction with Gore's rendition in the 1965 film Ski Party.
You never know.....There may be an Encore!
UA-44518606-1