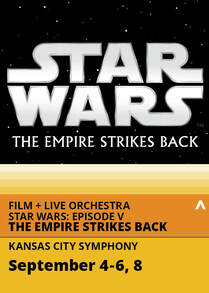 “You must feel the Force around you...” The battle for the galaxy intensifies as Imperial Forces launch an all-out attack on the Rebel Alliance. Han Solo (Harrison Ford) and Princess Leia (Carrie Fisher) flee to Cloud City where they are captured by Darth Vader. Luke Skywalker (Mark Hamill) journeys to the mysterious, marshy planet of Dagobah where the wise Jedi Master Yoda teaches the young hero the ways of the Force. 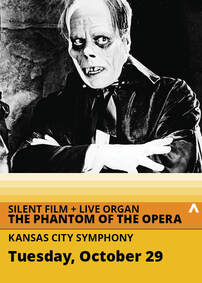 A Halloween tradition! Spend a frightful yet delightful night in Helzberg Hall. With live solo organ accompaniment, this classic 1929 silent film starring Lon Chaney tells the creepy tale of a demented organist lurking in the catacombs beneath the opera house. The entire movie is shown on the giant Helzberg Hall screen, with acclaimed organist Dorothy Papadakos improvising the spooky soundtrack on the Julia Irene Kauffman Casavant Organ.
Please note: the Kansas City Symphony does not perform during this presentation. 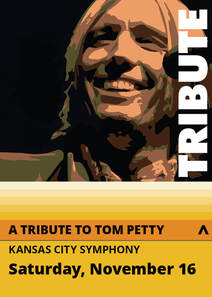 The Kansas City Symphony pays homage to the life and success of the legendary musician’s musician, Tom Petty. From lead singer of Tom Petty and the Heartbreakers to his memorable solo career, the beloved rock star has created timeless hits including “I Won’t Back Down,” “American Girl,” “Free Fallin’” and “Learning to Fly.” Join your Kansas City Symphony as we honor this rock and roll icon.

Concert Has Been Canceled. 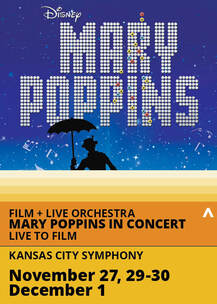 Boasting exuberant favorites like “A Spoonful of Sugar” and “Chim Chim Cher-ee,” this magical Disney classic gave audiences some of the most cherished songs of all time. Winner of five Academy Awards® (including Best Original Score) and starring the incomparable Julie Andrews and Dick Van Dyke, don’t miss your Kansas City Symphony performing the charming live soundtrack with the entire film on Thanksgiving weekend. 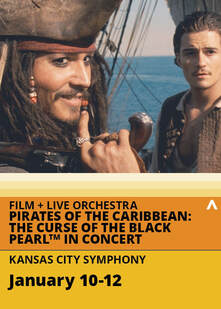 Come along for a swashbuckling adventure with Captain Jack Sparrow, his motley crew and the Kansas City Symphony! Starring Johnny Depp, Orlando Bloom and Keira Knightley, the action-packed “Curse of the Black Pearl” sets mystery, intrigue, swords and treasure to a live performance of Klaus Badelt’s thrilling musical score based on themes of Hans Zimmer. 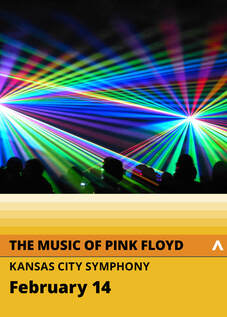 Brent Havens, guest conductor
Randy Jackson, vocals
Experience the unique sounds of Pink Floyd as your Kansas City Symphony and a full rock band perform timeless hits by one of the most influential groups of all time. The same minds who brought you our Led Zeppelin, Queen and David Bowie tributes will transport you through Pink Floyd’s ethereal harmonies and iconic songs from “Dark Side of the Moon,” “The Wall” and more. Hear “Money,” “Another Brick in the Wall,” “Comfortably Numb,” “Wish You Were Here” and so many others. 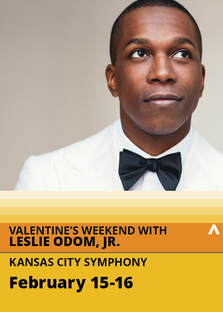 Love is in the air when Leslie Odom, Jr. returns to Kansas City! From his Tony® Award-winning role as Aaron Burr in Broadway’s hottest hit, Hamilton, Odom joins your Kansas City Symphony for evenings filled with extraordinary jazz standards and Broadway favorites. 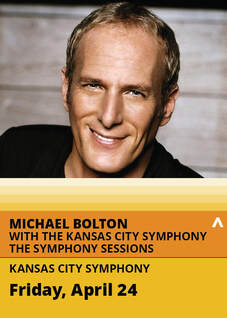 Grammy® Award-winner Michael Bolton takes you on a musical journey of his greatest hits in Helzberg Hall. Hear all of Michael’s soulful favorites, from “How Can We Be Lovers” and “When a Man Loves a Woman” to “Said I Love You… But I Lied” and Otis Redding’s “(Sittin’ On) The Dock of the Bay.” Don’t miss this special evening of energy and passion together with your Kansas City Symphony.

Harry Potter™, Ron Weasley™, and Hermione Granger™ return for this unforgettable film concert event. Experience Harry and his friends racing through the Department of Mysteries, practice Defense Against the Dark Arts in secret, and endure Professor Umbridge™ with Nicholas Hooper’s iconic score. Relive the magic with Harry Potter and the Order of the Phoenix™ displayed on a giant screen in high-definition and accompanied by your Kansas City Symphony.

Joshua Bell reprises his film score debut and joins your Kansas City Symphony for a live performance of John Corigliano’s Academy® Award-winning score to Francois Girard’s film “The Red Violin” — the story of a violin’s epic journey from 17th-century Italy to 20th-century Montreal. “The Red Violin” is rated R.